Get the results and the full report: check the hopes and fears about this ambitious project One year into the formal adoption of the Startup Nations Standard, and almost half a year after the announcement of the European Startup Nations Alliance, this ecosystem survey, conducted from 3 March to 4 April 2021, was to gather stakeholders’ views on both initiatives. The following report provides an overview of the gathered contributions, especially in quantitative terms.

The survey targeted all types of stakeholders, including citizens and businesses. It has collected feedback from 40 people on the main strengths and obstacles of both initiatives; what is missing; and what to expect in the future. Having half of the respondents assuming more than 10 years of work within the tech and innovation ecosystem, some of the key results are the following:

The full report can be downloaded here, while the podcast telling a contextual story behind the results is available here.

*Public usage and dissemination are allowed, by following the Creative Commons license provided within the document.

With this paper, the Portugal Tech League closes its first cycle of iteration toward its goal of becoming a stand-alone Association. Our deepest gratitude to all the people who got involved so far: our thematic cycles, based on clarifying, engaging with, and disseminating digital policy knowledge have been proven to be relevant in an increasingly mature market. We hope to keep contributing over the next months and years – there’s more to come.

Startups and scale-ups are key to Europe’s future economy and society. They are essential players to make the ambitions with respect to the European Green Deal and the European Digital Strategy a reality. And the EU startup ecosystem has never been stronger.

According to Atomico’s State of European Tech report and Crunchbase’s latest global VC funding report, European startups had a record-breaking 2021, with 116 billion US dollars invested. To surf the wave, the European Commission set in the 2030 Digital Compass the ambitious goal of doubling the number of unicorns in Europe.

However, and despite having the biggest absolute number of startups (notably 246,000), the EU ecosystem loses this theoretical upper hand when compared to the USA, Singapore, or Israel, in per capita terms. The same about employed people, and ecosystem value.

Several factors explain this. From a European perspective, the reason number one is policy, regulatory and market fragmentation. If the EU wants to compete with powerful global tech hubs such as the US and China, it needs to catch up and do a lot on several policy fields by providing the best framework conditions for startups to grow, flourish and stay in the EU.

The bottom line is: Member States with startup-friendly legislation will be the ones to benefit from the resulting innovation and economic growth. This will be especially important for post-Covid economic recovery. Against this, the found solution was to gather the biggest possible number of countries around the same policy and regulatory priorities.

On 19 March 2021, and during the Portuguese presidency of the Council of the EU, the European Commission, with 26 EU Member States and Iceland launched the EU Startup Nation Standards of Excellence (SNS), a set of eight best practice policies that are hallmarks of a growth-friendly environment for startups and entrepreneurs, and designed to fuel the creation of the next generation of successful European tech giants.

Concretely, these standards answer real-life issues faced by startups, by making it easier to start a business, to attract capital, expand across borders and hire and retain top talent. And driving convergence and progressive harmonization of EU Member States on this is the sine qua non for the SNS to be impactful, and, more importantly, for European startups to achieve their full potential. But so is implementation.

As difficult as reaching a political compromise on policy standards touching upon issues that are way off-limits of EU competencies as per EU treaties may seem, the real test now is to make sure these practices are effectively implemented across all EU Member States.

The European Startup Nations Alliance (ESNA), , the new European entity leading the EU agenda for entrepreneurship, is based in Lisbon, Portugal and will be supporting the implementation of the SNS by the signatory countries, effectively giving substance to a partnership approach to governance. The 2022 activities calendar has just been announced, during the Mobile World Congress in Spain, and it will revolve around two fundamental principles: talent (focused on developing a fast track for Tech Visas) and financing (towards later stages of start-ups development).

One year into the launching of the SNS, it is important to learn how the tech & innovation ecosystem perceives the eight best practice policies in the SNS; what is missing, if anything; what should be prioritized; and what is the best way for ESNA to support the implementation by the signatory countries.

This has it all. Roll up your sleeves and join us then.

LISTEN TO OUR PODCAST

Welcome to the podcast where digital policies are more clear and understandable. The Portugal Tech League explains and elaborates on new tech and legislative proposals impacting startups and the whole innovation ecosystem economy.

Every two months, a new topic is in the spotlight: It is framed and approached by Alisson Ávila and Carlos Lopes, with the presence of special guests – maybe you could be the next? The doors are open for you to send your perspectives and be featured in the next episodes.

Below you’ll find not only our tweets but any tweet out there related to the key #DigitalEU hashtag plus the cycle topic key hashtag. It’s a simple, additional way to provide you context on the matter: knowledge must be shared and reshared so that the digital community can be properly informed.

You might face repeated posts from time to time, which means this given content is more retweeted.

SovereignEdgeEU Retweeted · OpenNebula
@opennebula
Join us next week at the @HorizonEU Info Day on #Data & #Cloud technologies to get an update on the work we've been doing as chairing company of the 🇪🇺 European Alliance for Industrial Data, Edge and Cloud! ➡️ https://t.co/ewMrAFS67N 🚀 @CnectCloud #DigitalEU @EU_Commission https://t.co/i4jITnwQ6G
View on Twitter 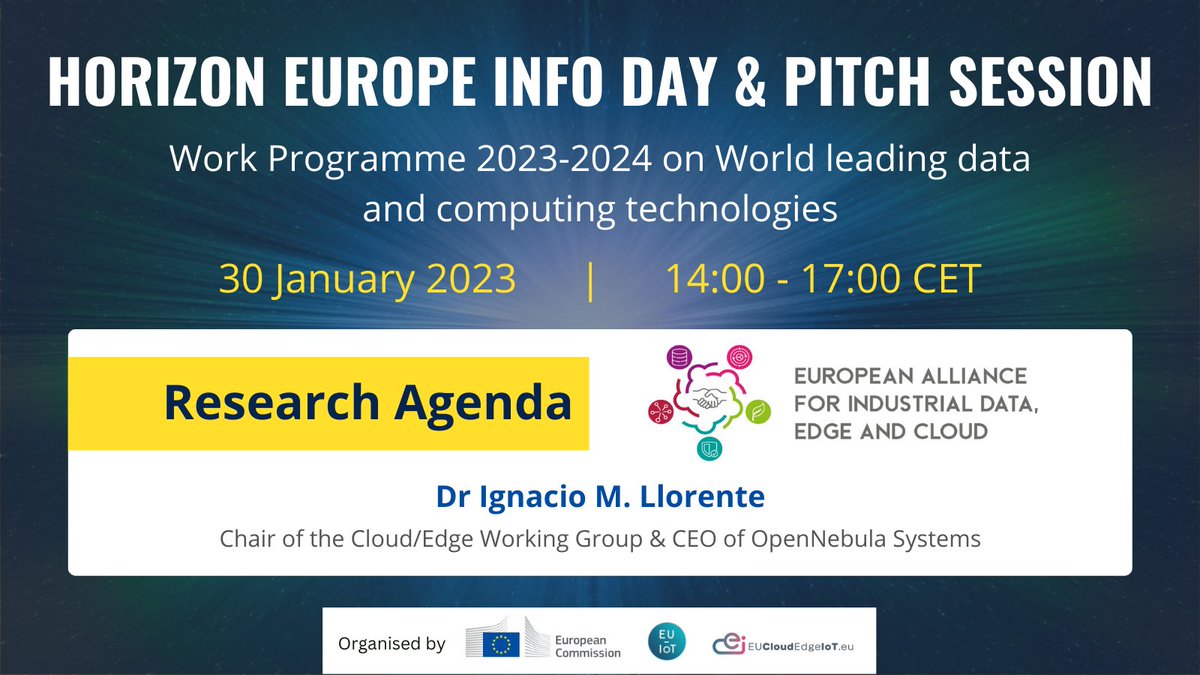 OpenNebula · 14 hours ago
@opennebula
Join us next week at the @HorizonEU Info Day on #Data & #Cloud technologies to get an update on the work we've been doing as chairing company of the 🇪🇺 European Alliance for Industrial Data, Edge and Cloud! ➡️ https://t.co/ewMrAFS67N 🚀 @CnectCloud #DigitalEU @EU_Commission https://t.co/i4jITnwQ6G
View on Twitter

Digital Skills Map · 20 hours ago
@DigiSkillsMap
Have you heard of the European Digital Rights and Principles the @EU_Commission proposed?
Learn about the digital principles: watch the educational video of the European Commission and read the factsheet here👇
#DigitalEU #DigitalPrinciples https://t.co/5Nu2zOzi62
View on Twitter
Digital EU 🇪🇺@DigitalEU
Citizens should be able to engage in the democratic process at all levels, & have control over their own #data.

🌐 They should be able to access a trustworthy, diverse & multilingual #online environment.

✨ Find out more about the 🇪🇺 #DigitalPrinciples
0
0 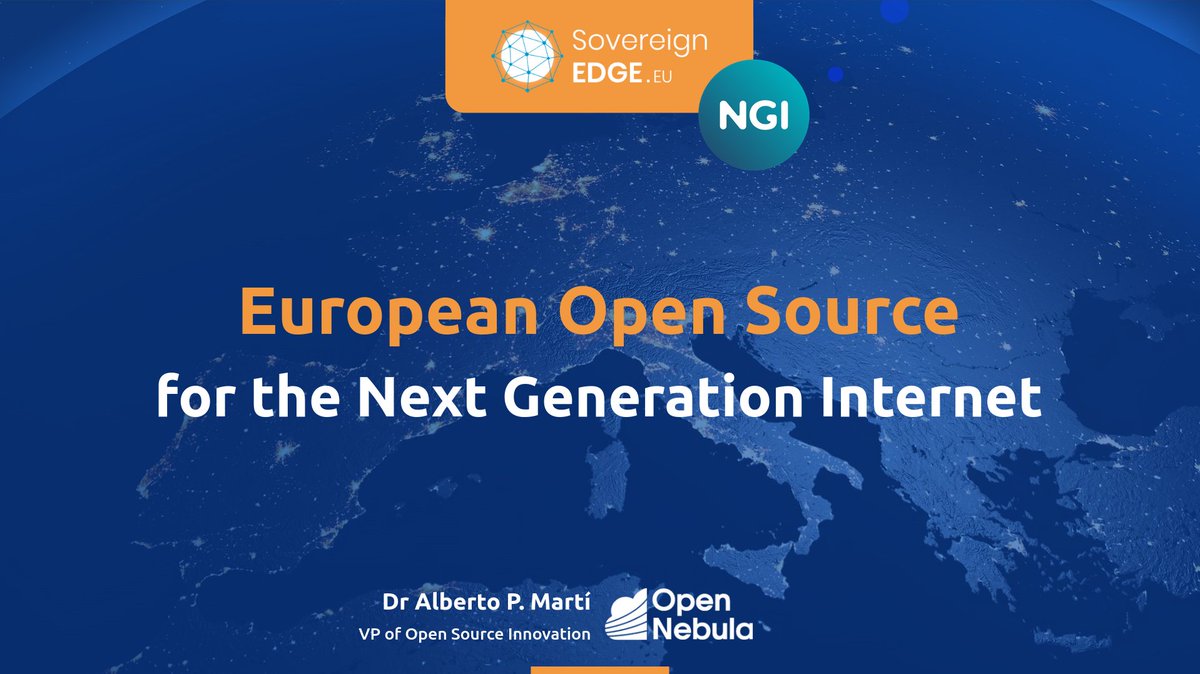 COME OUT AND PLAY, TOO

Make your organization a Portugal Tech League member: no strings attached, no money involved – unless you fancy supporting us with human or budget resources:

This is the space for you to send us any recommendations to policymakers on the topic. All your comments and insights will be considered during the preparation of our position paper. Shoot!

A community without members is like a league without players. Submit this form to become a member of Portugal Tech League.

This website stores cookies on your computer. These cookies are used to collect information about how you interact with our website and allow us to remember you. We use this information in order to improve and customize your browsing experience and for analytics and metrics about our visitors both on this website and other media. To find out more about the cookies we use, see our Cookie Policy
Cookie settings Reject Accept all
If you decline, your information won’t be tracked when you visit this website. A set of cookies will be used in your browser to remember your preference not to be tracked.
Manage Cookies

This website uses cookies to improve your experience while you navigate through the website. Out of these cookies, the cookies that are categorized as necessary are stored on your browser as they are essential for the working of basic functionalities of the website. We also use third-party cookies that help us analyze and understand how you use this website. These cookies will be stored in your browser only with your consent. You also have the option to opt-out of these cookies. But opting out of some of these cookies may have an effect on your browsing experience.
Necessary Always Enabled
Necessary cookies are absolutely essential for the website to function properly. These cookies ensure basic functionalities and security features of the website, anonymously.
Functional
Functional cookies help to perform certain functionalities like sharing the content of the website on social media platforms, collect feedbacks, and other third-party features.
Performance
Performance cookies are used to understand and analyze the key performance indexes of the website which helps in delivering a better user experience for the visitors.
Analytics
Analytical cookies are used to understand how visitors interact with the website. These cookies help provide information on metrics the number of visitors, bounce rate, traffic source, etc.
Advertisement
Advertisement cookies are used to provide visitors with relevant ads and marketing campaigns. These cookies track visitors across websites and collect information to provide customized ads.
Others
Other uncategorized cookies are those that are being analyzed and have not been classified into a category as yet.
Save & Accept
Powered by